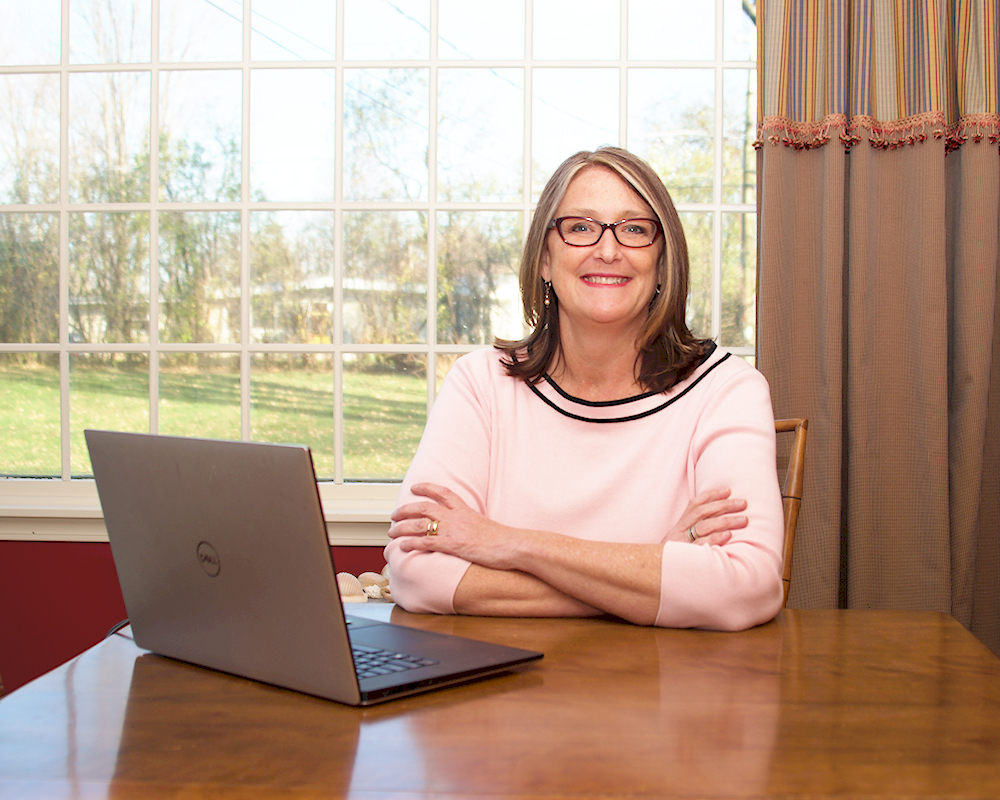 This is Laurie Swanson, a walking embodiment of the statement “path of service” in almost everything she does. I met Laurie while participating in Wheaton, IL’s “Love Where You Live” window art series in October of 2020. Through our correspondences, I learned that she is VERY active in her community. Laurie was on the board for Chamber of Commerce in Wheaton, was part of the Community Relations Commission and is currently on the City’s Fine and Cultural Arts commission. She launched Stuff-A-Truck 10 years ago as a city-wide food drive for People’s Resource Center, coordinated a Diversity Mural near the College Ave. train station, conceived of and managed the 224-page book of Wheaton memories and recipes that was given as a gift to attendees of Wheaton’s 2009 “150 Year Celebration Gala” and MORE. While this alone leaves me breathless, I then casually asked Laurie what she does for a living, her immediate response was – “I am of service”. It was then that I wanted to know more about her and her company called InspiHER Tech. And that’s when I finally realized the enormity of what Laurie has accomplished so far during her “path of service.” This is a snippet of her journey. 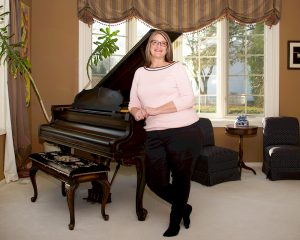 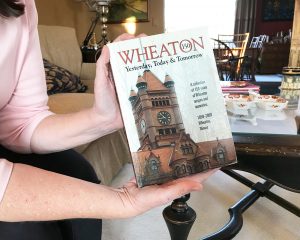 Laurie was born in Chicago IL, and grew up in Wheaton. She received a Bachelor’s Degree in Business from University of Texas in Austin, TX with an emphasis on Information Technology. She found she really enjoyed all aspects of business, saying “it came easy for her- it made sense” and naturally gravitated towards it. Laurie’s first job out of college was a computer programmer. Recalling that time, all Laurie says is that “it wasn’t a great experience.” Reason being- the culture of the time. There were only 2 women in a department of over 30 programmers. Working there was difficult and isolating, to say the least. Laurie was actually happy and relieved to eventually be “downsized” out of that job. It was then that Laurie first utilized job recruiters to find what her next steps were on her career path. By then, Laurie learned that, while she had not loved programming, she did love technology. Plus, she had always been good at sales so set her sights on a blend of both. Using recruiters to find her that next role she was eventually recruited to be a recruiter!  This is where Laurie began matching people to technology jobs. She spent a lot of time talking to clients, building relationship with not only the businesses looking to hire but the individuals looking for their next career . As a result, Laurie became the #1 representative in the firm. Laurie wanted to do more than just “make the sale”, she wanted to help people on both sides of this sale.

Eventually, Laurie created her first business with two former colleagues- turned partners. This allowed Laurie to really focus on the human connection in the technology recruiting business and create a business model that resonated with her. Eventually, Laurie outgrew that smaller firm and set out to build her own company. It was then that Laurie created The Laso Corporation, a boutique recruiting firm with the motto “Bringing People Together”. Originally based in Chicago where Laurie and her husband lived, Laso was eventually moved to Laurie’s hometown of Wheaton, IL as her family grew. Laurie continued to run her recruiting business full time and was able to volunteer as the Junior Achievement Leader, Art Smart Parent and co-coordinator of the Destination Imagination program at her kids school.

In 2015, Laurie began looking towards her own future and that of her clients, and became certified as life coach. While she didn’t know exactly how she was going to use this certification, Laurie steadily began to mesh recruiting with career coaching organically. Women in tech issues began to surface when she noticed that women don’t get as many interviews when compared with men and they do not make as much money. Seeing an ongoing issue of societal belief systems that hold women back in technology careers, Laurie became certified in Diversity, Inclusion & Unconscious Bias from Cornell University in 2018 with the desire to help companies change how they hire. Through her training, Laurie learned that individuals form belief systems at a very young age through what they learn from their parents, peers and the media. These beliefs, among other things, dictate who we believe should be in what careers and who will be most successful in what roles.

It is here that Laurie found her passion – dismantling bias by questioning ingrained belief systems with emotional intelligence. She is on a mission to help companies to #HireMoreWomenInTech and support women and their allies advocate for inclusion and equity. To this end, Laurie rebranded her business in 2018 and named it InspiHER Tech.

InspiHER Tech continues to offer recruiting services to companies throughout Northern IL and they now offer career coaching and community-building services for women in technology. The “IT” Community is a network of women in all areas of the tech industry supporting each other. It includes events, the monthly “Unstoppable Series”- an ongoing panel lecture series talking about current issues/information for women in tech, and a monthly “open forum” to answer any career or job search questions, share stories and job opportunities with other women in the community. This is where I could see Laurie’s passion really coming out as she described her vision for the future of this community. InspiHER Tech helps Laurie create her own “path of service” which is focused on helping women find careers and lives they love. I look forward to watching Laurie continue her dream at InspiHER Tech, and am very happy to include her as a Woman of Substance.