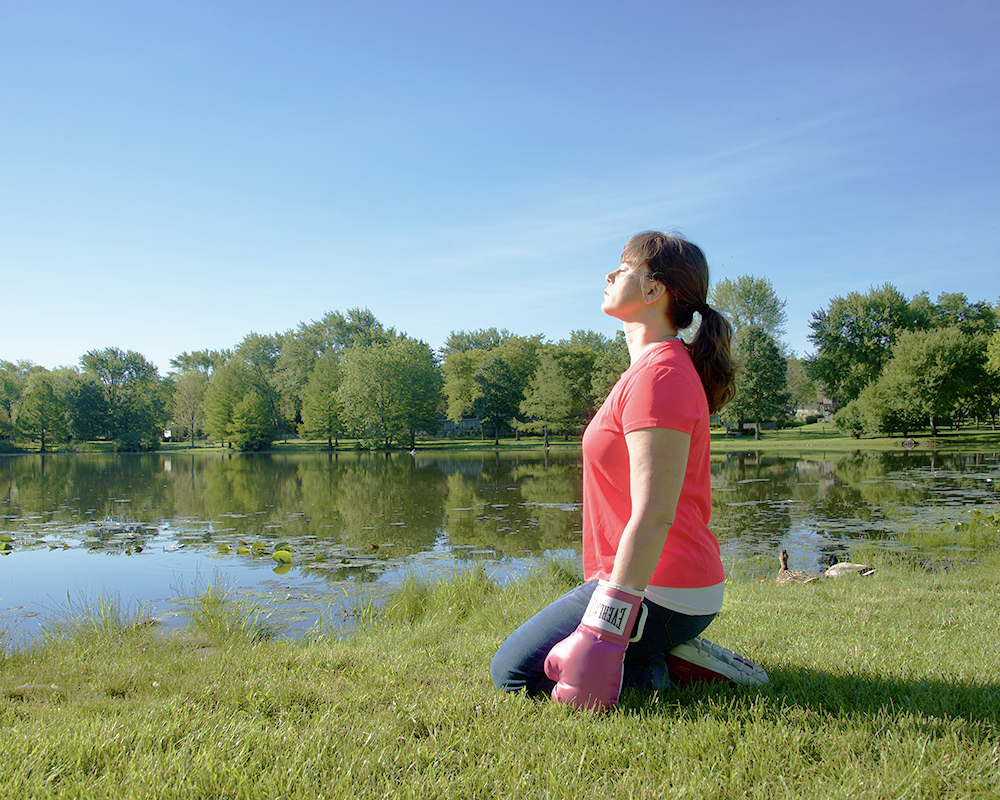 I’ve known Elizabeth, aka “Beth” for many years now as our children grew up together in our close knit community. I’ve watched and admired my friend as she raised four children, acting as the classic “Momma Bear” to help them through their struggles as they sailed through their school years. During that time, two of her children were diagnosed with special needs, including sensory integration issues, central auditory processing disorder and autism spectrum disorder. Because of this, Beth became an expert at providing assistance for the learning disabled and acquired many techniques to help them better navigate life. In addition, she became an accomplished writer, publishing several fiction books and short stories. She also worked as a teacher’s aide at a school for special needs children, and more recently, worked as the director of community relations at a non-profit which provides support for people diagnosed with permanent vision loss. However, the reason I asked Beth to participate in this project is because of her one specific passion I want to share with you all. What you’ll notice in these images is that she is at the water’s edge of a lovely little pond. This tranquil space is where one of her children attempted to take their life just a few years ago. Thanks to the vigilance of the police (and I believe an angel standing over him) Beth’s son is still with us and thriving today. 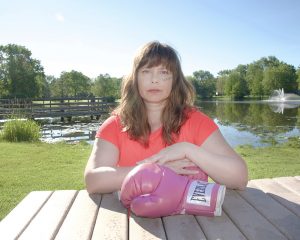 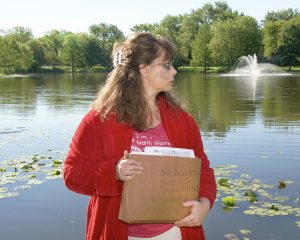 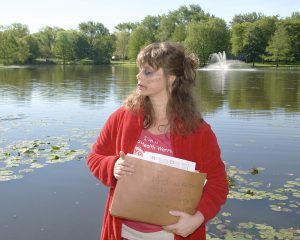 The root of her son’s suicide attempt was a psychotic break caused by schizophrenia. This severe mental illness impacts all aspects of cognitive ability: rational thought, decision making, speech, the ability to bathe, dress, brush your teeth, read, and has virtually crippled her son for long periods of time. Beth has struggled, fought, and rallied for-and with- her son without ever giving up or walking away. On the day of the suicide attempt, Beth received a rambling, incoherent email from him, explaining that he could no longer fight the ghosts who tortured him and asked her to let him go. I can’t imagine what went through Beth’s mind as she read those words. Friends and family immediately rallied to help, offering to send out search parties. Beth admits that this was her breaking point. In her head, she had already begun to plan his funeral. Thankfully, her son had second thoughts. After another attempt to take his life at the nearby train tracks, he decided to empty his bank account and begin a new life on the streets in New Orleans. His rapid bank withdrawals were the lucky break the police needed. They were able to pinpoint his location. An emergency medical team was able to talk him into going to the hospital where he signed himself into an inpatient psychiatric treatment program.

While the immediate threat was over, an even tougher road lay ahead. Schizophrenia is a life-long struggle. The brutality of untreated severe mental illness like paranoid schizophrenia affects everyone it touches: the person who has the illness, their friends and loved ones, and in many cases, the surrounding community as they struggle with homelessness, crime and other unfortunate side effects that can accompany this disease. Finding the right medication and treatment plan is difficult. Repeat hospitalizations, insurance denials and lack of hospital beds make long term success feel like an elusive dream. During her son’s recovery, Beth has managed to find treatment options, housing, and even a job for her son. Each successful step helps him gain self reliance, resilience and pride. Thanks to her strength, and her son’s determination to live a full life, he is now thriving on his own with daily visits to his family for some home-cooked supper and family connection. What I’m most impressed with is that

Beth not only wants me to share her family’s story, but is eager to get it out for everyone to know. She doesn’t want to hide this diagnosis, and advocates for all who struggle with mental illness. In fact, when I picked her up the morning of her photo shoot, Beth surprised me with props & makeup, a wardrobe and even posing ideas. I was very excited to see her eagerness to tell her story, both visually and in written word. I hope that everyone who reads this story pauses to think about those struggling in the mental illness community, and does so with compassion and support. Thank you Elizabeth Loan. I am very honored and humbled that you trust me enough to share your ongoing journey with everyone. You truly exemplify a Woman of Substance.