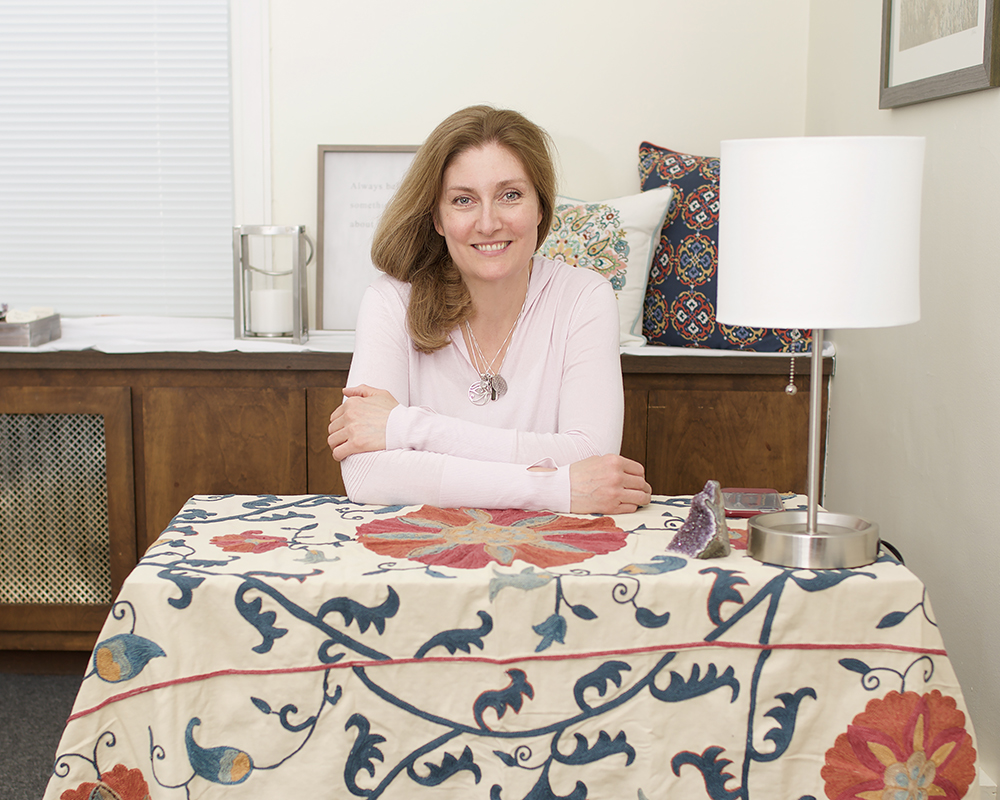 I met Aimee about six months ago in a metaphysical class at The Gathering Lighthouse, and was immediately struck by her confidence and abilities. Since getting to know her better, I’ve realized what an accomplished energy worker she is. All together, Aimee is a Reiki Master, psychic medium and Akashic Records reader. In spite of this, Aimee remains kind, caring, and very approachable for those of us who still struggle with just about anything regarding the spiritual realm. I sat down with Aimee over coffee one day and asked her more about her story. What I heard struck me as interesting, and inspiring. You see, Aimee spent her entire childhood seeing strange lights and shadows and simply dismissed them as fantasy. By the time she grew up, she paid no attention to anything considered “spiritual”, and instead had a successful career on the west coast working in sales for a large television network. She even published a children’s book entitled “Take Me With You, London.” However, in 2016, everything changed when she said that literally- in one moment- her whole perception changed. She was driving in the car one day when it suddenly felt like a lightening bolt hit her and her abilities “opened up”. Of course, Aimee thought she was having a panic attack and immediately took herself to the doctor. Only after getting a clean bill of health did Aimee started to explore the possibility that she was in connection with “the other side.” Over time, Aimee finally came to the conclusion that she actually did have abilities, and decided to fully immerse herself in research to find out more about the field. 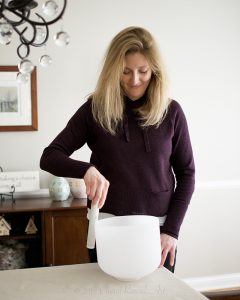 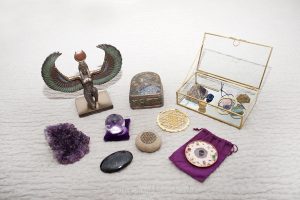 If you watch Aimee work today, she exudes an absolute faith in her guides and angels, and works with them at her own business called Form Energy Therapy (https://formenergytherapy.com/). She offers Reiki sessions, teaches yoga and reads Akashic Records for clients. In spite of all of this, Aimee still attends classes at The Gathering Lighthouse, and continues to study online with research/classes. I admire her willingness to still consider herself a student even though she has mastered many aspects of her field. I’ve watched as Aimee helps, encourages and supports those around her on their paths to knowledge of this field. In fact, her fearlessness and confidence becomes contagious if you spend any time with her. The best part is- Aimee now says that she is living as her authentic self and is truly happy. I admire her determination and drive to become the best at what she does. Aimee is definitely someone you should know.