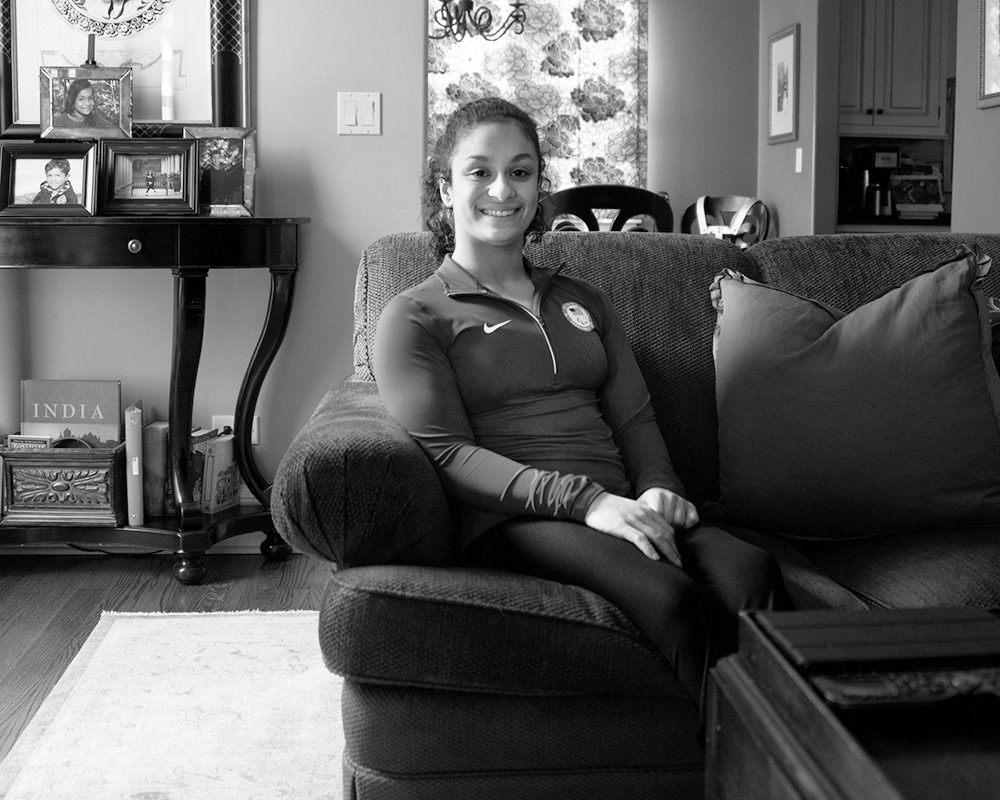 I recently met Ahalya at her home with her motherAnna Lettenberger, and was immediately struck with this young woman’s maturity and composure at the young age of 18. I was initially recommended to Anna by another Woman of Substance- Jennifer McDonnell. However, the moment I started talking to Anna, she immediately asked that I instead focus on her daughter. Ahalya, according to Anna, is the true Woman of Substance. Anna called herself “just a mom who does whatever shecan for her children- like any other mother.” Right then I knew that Ahalya would be someone special to speak to- like her mother. 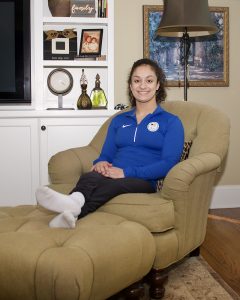 Arthrogryposis is a congenital disorder that Ahalya was diagnosed with at birth, resulting in limited use of her legs. This, however, never slowed her down for a moment. Literally. You see, I quickly learned that Ahalya is a longtime sports phenomenon, including medaling in multiple international sporting events. Ahalya‘s mindset is that of excellence in all that she does because it reflects not only on her, but on those around her. She knows her loved ones are watching, especially her younger brother who was also born with the disorder. She wants to show him that he can do anything he sets his mind to.

Ahalya was born into a sports family, and started playing soccer at the age of five. As the fields got bigger as she got older, Ahalya decided to start swimming as an alternative. And wow, did she succeed. At the age of 12, Ahalya participated in a developmental swim meet put on by U.S. Paralympic Swimming. It was at that meet where Ahalya first felt where she truly belonged. Because of that, Ahalya says that she was able to fully accept her disability and who she is, as well as find good friends who share the same story. In 2014, she made her first international meet- the Para Pan Pacific Championships. Ahalya was 13 years old at the time and was the youngest competitor on the team. In 2015 Ahalya made the Para Pan American games. In that competition, she won Gold in 100 meter backstroke, and was the youngest gold medalist at the games.

During that time, Ahalya‘s dream was to qualify for the Paralympic Games (founded to be parallel to the Olympics). However, in the 2016 trials, she JUST missed the team- coming in 4th. The competition only took the top three. So, Ahalya took time out to regroup, and that’s when she tried triathlon. Yep, you read that right- this young warrior started training for the triathalon. Why? She says that she just wanted to “try something new.” So for the bike she uses a hand cycle. With running, Ahalya uses a racing wheelchair. Swimming was a no-brainer for her. In 2017, Ahalya made the world championships for triathlons at the age of 16. Since then, Ahalya has gone back to swimming with more confidence than before- as well as feeling most at home- and made the US National Team. In the summer of 2018 she made the Pan Pacific Championship team in Australia. While there she won 1 silver and 3 bronze medals. She also competed in the Triathlon World Championship in Australia one month later. She has her yes set on qualifying for the Tokyo 2020 Paralympic Games in both swimming and triathlon.

Ahalya now speaks to grade schoolers about overcoming challenges, the benefits of positivity and non-stop determination. Her goal is to show them to accept everyone for who they are. Ahalya stated, “It’s how you perceive differences and challenges that make you who you are.” Ahalya‘s dream is to study biomedical engineering in college, with the goal being to design prosthetics and devices to help people with disabilities become more independent. She wants to show that these disabilities can be a positive thing and help lift you up. And because of her academic accomplishments, she literally has THE top universities vying for her attention in the hopes that she will join their university. In the meantime, Ahalya is loving life with her friends, family, and doing all of the “normal teenager things” in her down time. I am so proud to have met this young woman, and am cheering her on with all of her future accomplishments. This beautiful young lady truly exemplifies a Woman of Substance.